“A careful inventory of all your past experiences may disclose the startling fact that everything has happened for the best.” – unknown

I heard a story about a woman complaining about her ex-husband. When they were married he drank heavily but once divorced, he stopped drinking, remarried and turned his life around. His ex-wife said, “Why couldn’t he quit when he was married to ME?” and the punch line of the story was “People change, but not when and how we want them to.”

My ex was not a bad guy. But he had a difficult childhood where he was both beaten and neglected. Before we were together, he’d raised a puppy with a previous partner. He told me he’d hit it with a newspaper if it peed on the floor. Only by experience did he find out that made the dog afraid of him and he stopped hitting it. To his credit, he then learned so that when we got a puppy together, he didn’t hit it.

But every step of the way was my husband having to learn a lesson directly before it sank in. He wouldn’t take my suggestion for how something needed to be done, he couldn’t trust an experts work for what might be best, he had to do the cause and effect himself. I didn’t want to raise kids with someone who had to experiment with them to find out what did, or more painfully, didn’t work.

I imagine that it’s pretty obvious now that I’ve had two kids on my own, that the whole sentence was “I don’t want to have kids with you.” But fortunately I’ve never had to say that sentence directly to him. We are on fine terms with each other but he’s moved away and gotten remarried to someone who has grown children so we rarely interact.

More than that, I am grateful for that divorce because it turned me to meditation, strengthened my faith and set me on the path that I’m on. The bigger issues of my marriage such as his infidelities and the things we valued created a relationship that was not meant to survive. But it still gives me rich ground to learn from.

People change, but not when and how we want them to. I think of that now that my life is so different than when I was married. We can’t control how others change but as I watch my children change every day, I see that we can control the conditions that help change to happen. Curiosity, openness and support work like the seed, soil and sunshine with which people grow.

I see as I create the conditions for my kids to change, I also create the curiosity, openness and support for myself to change. As I grow, I realize that even I don’t know when and how I’ll change but in these rich conditions, I trust it’ll be towards something good.

“It is not easy to find happiness in ourselves, and it is not possible to find it elsewhere.” – Agnes Repplier

I was sitting with a group of friends from high school at our 30th reunion and one guy starting talking about his marriage. They were hanging on because of their high-school aged kids and the money but it was a relationship of closed doors and “why can’t she just be?” and it sounded like from her side “please just leave me alone.”

It brought to mind a whole scrapbook of memories from the end of my marriage. I felt like I was suffocating and starving. Suffocated because he had a long list of his needs and entertainment that he pressured me daily to meet and starved because he had no interest in listening to or participating in what fed me. I stayed in that marriage because I didn’t know what the difference was between hard times and impossible to fix. My sense of responsibility kept me in a situation that was irresponsible to my own being. In the waning days, I just came home at the end of the day and drank wine, a lot of it. And while I drank, I smoked.

There was no doubt that I was headed for a recovery program but then my business partner told me of my husband’s infidelities and although it was many confusing months ahead as I’ve written in my post Projections, my life changed. As I see it now, the Universe plucked me out of a self-destructive situation and gave me another chance to figure out happiness. I found my way to my own recovery activities. I spent time each day meditating and the long, rhythmic breathing replaced smoking. I read, journaled and leaned towards the feelings I was having instead of trying to numb them with wine. The people that I hung out with changed. Instead I found trust in the Higher Power to walk with me through life. I lost my marriage but found myself again.

As I was thinking through all of this, the question had come up whether our friend should stay in his marriage and someone said, “Ask Wynne” as I must have been the only divorced person sitting there. Of course I can’t answer for anyone else, especially when there are kids involved. But my answer for myself was “Not if you can’t breathe.” 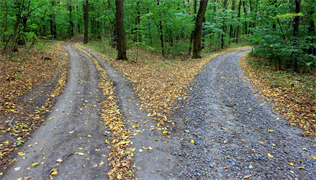 “Once you make a decision, the universe conspires to make it happen” -Ralph Waldo Emerson

About six years ago I had coffee with a childhood friend. At the time he had been separated from his wife with whom he shared three teenage kids for about three years and though he said he knew it was over (his wife had a boyfriend), they hadn’t gotten divorced yet. He explained it was of the health insurance but he seemed a little angry and unresolved as well. As a newly divorced person who’d spent some time in that in-between place too, I told him, he had to get divorced. “Why?” he asked. “I can’t explain why” I said “but it matters.”

I was thinking of that conversation the other day when I was unloading the dishwasher. I had done the bottom rack and the silverware but was interrupted by the chaos and flurry of the morning routine with my kids and didn’t finish. When I came back to the sink, there were dishes there, I went to put them in the dishwasher, couldn’t because I hadn’t finished the job and it made me chuckle. A half empty dishwasher is no good to anyone!

Why is it so hard to finish things? Maybe we often get distracted by the noise and the flurry. But I know also with me there’s also the impulse to hedge my bet just in case I change my mind. Or the finality comes with a lump that is hard to accept. I know that was part of my hesitancy to finish the legal filing to get divorced when I went through it – I didn’t want to accept the title and the failure that I felt it conveyed. And now looking back on it ten years later, I see that it wasn’t a failure, but a catapult. I’ve never built one myself but I understand that catapults work when someone cuts the cord.

In the Sound of Music, Maria says, “When God closes a door, somewhere he opens a window.” I’ve come to think of these alternative doors like an air lock. The next door won’t open until the first is fully closed. The Universe does not know how to help until we clearly commit to the path we are on. Our spirits cannot embody two half lives.

About six months ago my childhood friend wrote me an email that he had gotten divorced. After nearly 10 years being separated he had finally finished. And then about three months after that, he wrote me again to tell me about the new woman he was dating. I felt his happiness and applauded him — and I was also so gratified to know that even when you delay finishing the cycle for so long, it still works once you do.