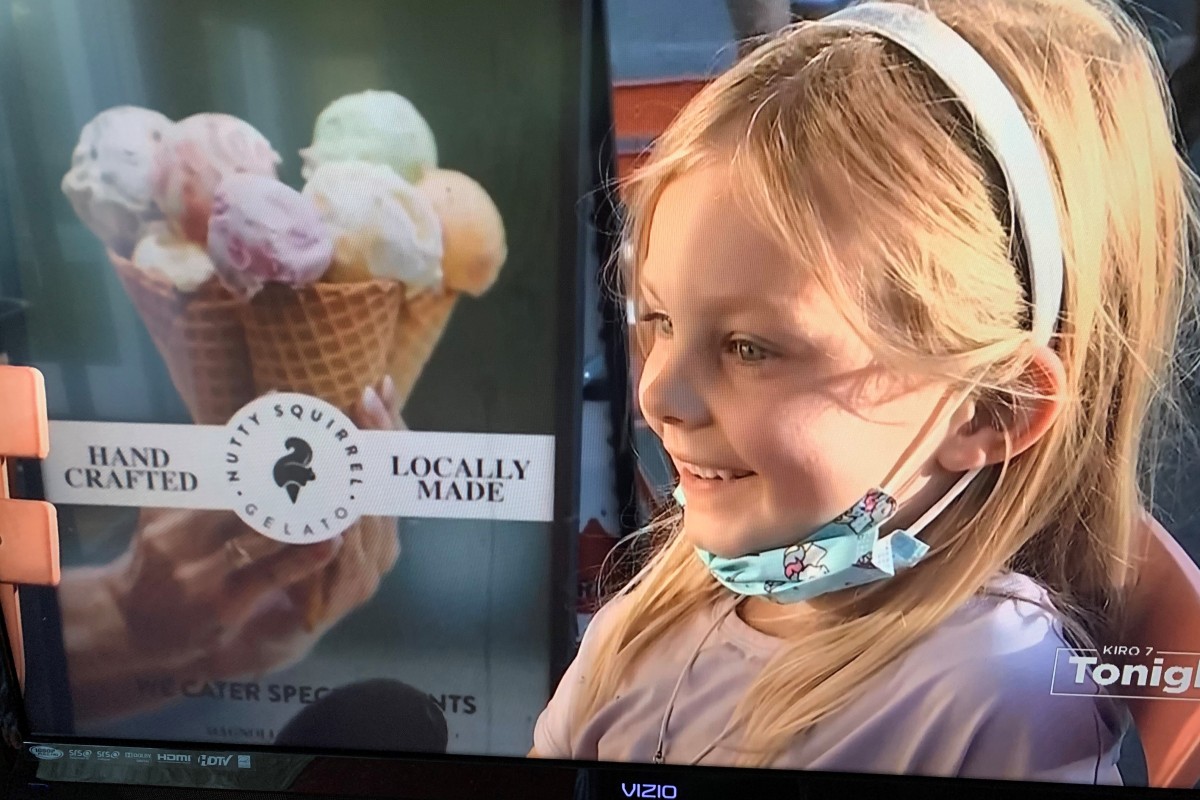 On Tuesday night my daughter was on the news. It was a complete fluke. I rounded my kids up to go out for popsicles about 10 minutes from where we live instead of our go-to gelato place up the hill. The popsicle place was closed so we ended up going back to the usual place in our neighborhood. When we got there a camera crew was wanting to interview the gelato staff about how people are dealing with the upcoming heat wave. We were at the counter and they asked if they could interview us outside. I had no desire to be on camera but my soon to be 6-years-old daughter was excited so I said “yes” for her benefit.

They were so gentle and asked her lots of questions about how she plans on beating the heat. She said she was excited for it because, “Let’s see, I think I’d go to spray parks.” And whether she minded the heat and she answered she didn’t because it was special to eat ice cream in the heat because otherwise “It’s not so special because it’s not so hot.” Those were the quotes they used – she answered all their questions pretty darn well and when it was done she said. “It’s my dream come true to be on tv.” All before she is 6. 🙂

My toddler just got to sit at the table and eat his gelato which he did enthusiastically because I think he was happy to be able to just sit there without anyone messing with his portion. But as they zoomed in on his face, his sister’s spoon enters the frame and steals a bite so the encroachment that is his lot in life was well-documented on tv!

And they asked me questions too. I’ve done some public speaking and also a lot of training classes so I was surprised at how different it was to be interviewed. I felt this complete tunnel vision so that I couldn’t think independently of what they were asking me. And this was just a fluff piece! I felt so much sympathy for anyone being interviewed or questioned about anything serious. It made me sense how strongly we seek approval when we speak.