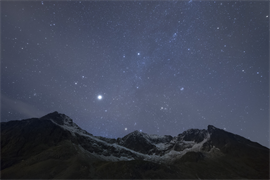 Back when I was engaged to the man who is now my ex-husband, there was one memorable hike that we went on with my parents and we discussed miracles. This conversation happened almost twenty years ago but to the best of my recollection, my soon-to-be husband wanted my dad’s professional opinion as a Presbyterian pastor on why God didn’t do miracles any more. He was sure he’d believe in God if He did some grand gesture. And from what I remember, my dad mostly asked questions like what country would this miracle appear in? And would it have to be certified as a miracle by a recognized authority like the Pope? And what was a gesture that was big enough?

There are so many conversations that I wish I could have with my dad in the six years since he died but recently I’ve been thinking about that one. Because two things have happened recently that I think of as miracles. First is that my refrigerator was leaking water about every 4 days. I looked it up on the internet and came to the conclusion that my defrost evaporation tray was overflowing. The how-to article suggested that I might make sure that the default vent wasn’t covered. I moved some things around, never quite identified where that vent was and it still was leaking. And then it stopped. Miracle, right?

And then my car was leaking oil. It’s 14 -years-old but relatively low mileage. I’ve kept up the maintenance pretty well so I’ve had very few problems with it. But recently a ball rolled under the car and when I fished it out, it had oil on it. So I took the car to the shop where I’d last had the oil changed and they said it was just leftover from the last oil change because someone didn’t wipe it down – until I told them my last oil change was 9 months ago. Then they were confounded. I was never quite convinced that the friendly guy helping me knew how to solve it but he changed out my oil filter for free(!) and not very confidently said that would fix it. It leaked for about a week more. Then it stopped. Miracle, right?

I can suggest more miracles. The birth of my two children. The fact that a COVID vaccination was developed in less than a year. That my clients sometimes pay early just when I need them too. And just overall that as I look back on my life, I’m certain that I get exactly what I need (not what I want which is whole other thing) but just what I need. And of course, even that I can reach out to you, dear reader, over space and time, and talk heart to heart.

I have a guess what my dad would say. That belief doesn’t require proof. He’d acknowledge, as do I, that all of those things have plausible explanations but that miracles are a matter of one’s heart not one’s head. He probably said some version of that almost twenty years ago and I didn’t quite understand it. But I do now and that is a miracle!